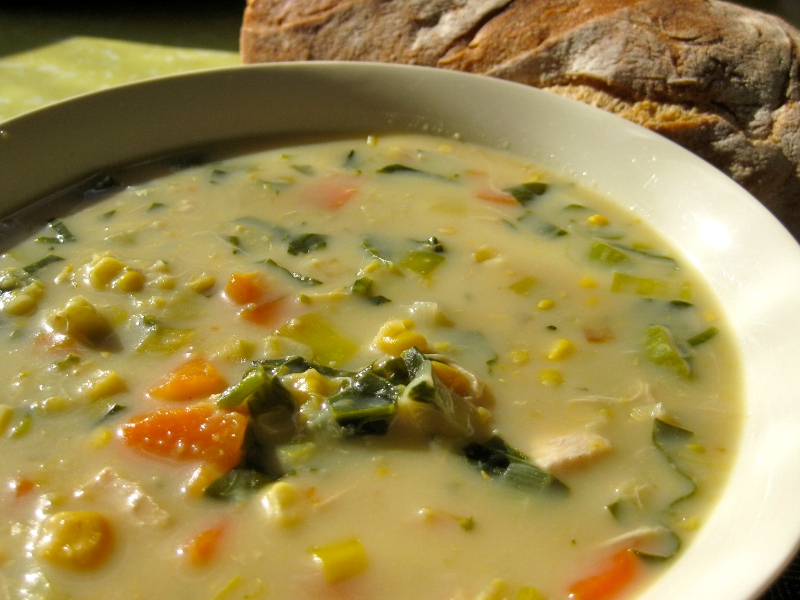 -Wash chicken breast. Cut to an equally cubes.
-Season with salt, pepper and gingle.
-Season the flour with salt and pepper.
-Cover the chicken cubes with the flour.
-Get rid from extra flour.
-Heat the butter in a pan.
-Add the chicken.
-Stir it until change color (golden) &Keep it aside.
-Put the onion in the same pan,Stir it for 3 min.
-Add the vegetables and the stock,Let until simmer.
-Add the chicken cubes again until cooked.
-Meanwhile, in another pan melt the peanut butter.
-Add coconut and the stock over medium heat until getting thick mixture.
-Add the peanut butter to the soup.
-Heat and let simmer again.
-Put the soup in the serving plate and decorated with the green onion